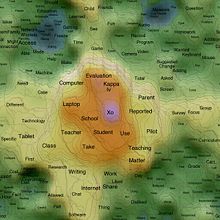 “The first and most important ramification was that students used the XOs more than they used the laptops, which means they spent more time doing research, wrote more, revised more, and published more. The second ramification was that the students took much more responsibility for the XOs than they did for the laptops, which means that they that they did not begin work only to find there were missing parts or that the battery was dead. And a third ramification was that the students were less likely to lose their work, not only because they always used the same machine but also because the XO has an automatic save feature that takes the user back to where he/she left off. Because of this, the students felt that they did not spend nearly as much time searching for, saving, moving, or reconstructing previous work as they did when working on the laptops.”