Difference between revisions of "Features/Onscreen Keyboard"

An on-screen keyboard for Sugar, targeted primarily at tablet like devices (which have no physical keyboards).

With OLPC announcing the XO-3 tablet, and with hardware like the JooJoo tablet, Sugar should become better suited for touch-based, physical keyboard-less devices. The on-screen keyboard feature aims to provide one such functionality. On-screen keyboards are also important for certain accessibility related contexts, but use cases like that are better handled by specialized software like Features/Accessibility_virtualkeyboard.

While a number of FOSS on-screen keyboard software exists, the initial experiments are being carried out with fvkbd (Free Virtual KeyBoarD). The advantages of fvkbd include:

A virtual/on-screen keyboard is probably the first component people think about when it comes to Sugar on a tablet device like the XO-3. It can be seen as a stepping stone for making Sugar more tablet-friendly and is essential for easily debugging and developing Sugar on a tablet machine. 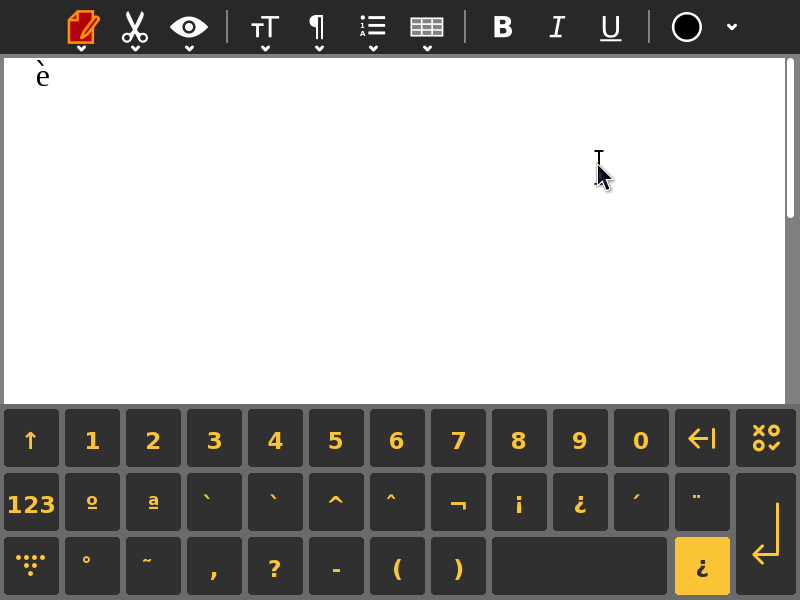