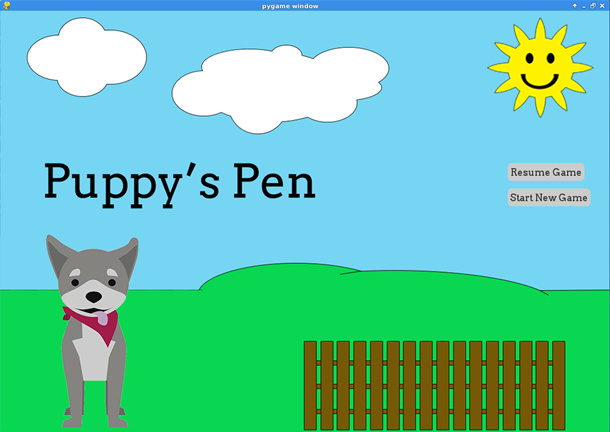 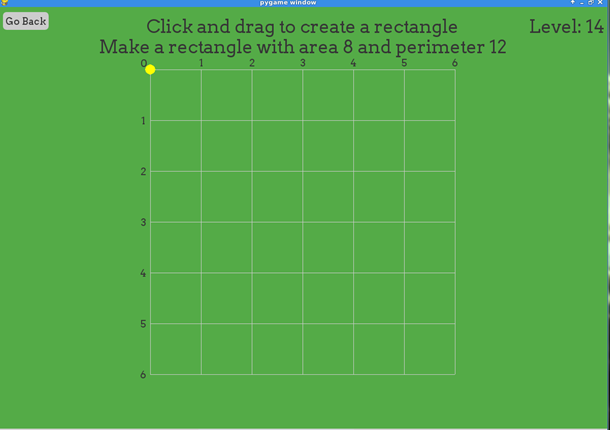 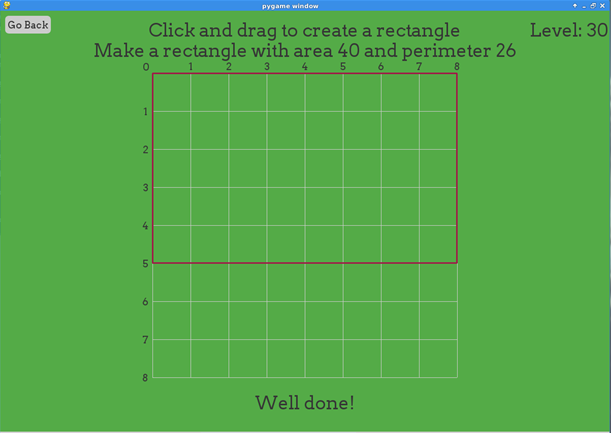 In game successful drawing of rectangle as of December 14, 2014.

Puppy's Pen is an educational game targeted towards 4th grade students interested in learning how to calculate basic perimeter and area. The game consists of procedurally-generated area and perimeter puzzles which can be solved by drawing rectangles on a grid of increasing size. Each puzzle represents a situation in which the owner of a puppy has to satisfy a requirement so that his/her puppy is happy in its pen.

Puppy's Pen is licensed under the MIT license, found here.

Puppy's Pen is an educational game for the XOPC, with the primary purpose of teaching and testing children on their understanding of perimeter and area. Puppy's Pen is designed to teach perimeter and area on a fourth grade level of understanding as defined by the New York State Math curriculum. Players are required to solve mathematical problems, where they are given a goal amount in number form and must draw a rectangle with the specific parameters to achieve this goal. When a question is answered correctly, the user moves on to a new question, every five questions the parameters change starting with area, then perimeter, then both. After fifteen levels the grid size is increased by two and they start back at area. The changes continue to change in this fashion.