Moon is a simple Lunar phase activity for Sugar, including upcoming Lunar eclipse information and effects. 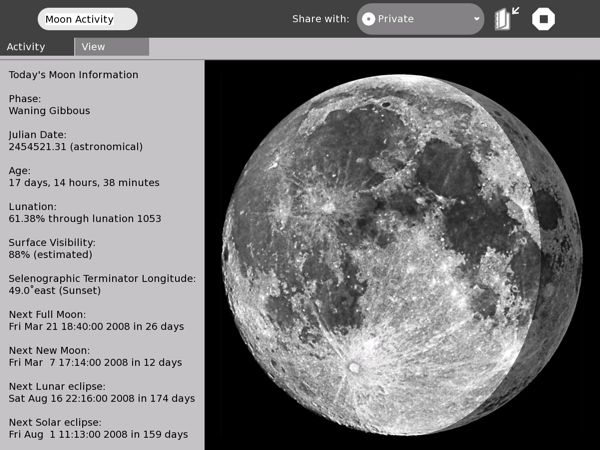 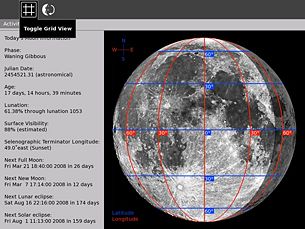 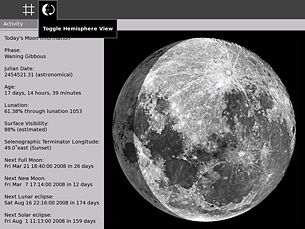