The XO laptop sits on a baseplate which also has 2 motors, sensors and battery pack. The motors and sensors interface to the XO through a small PCB, either Arduino Mega and shield or Usb4butia PCB which uses a PIC 18F4550 microprocessor. The connection between the XO and the small PCB is by USB cable. The cable must stay connected while the program is running. 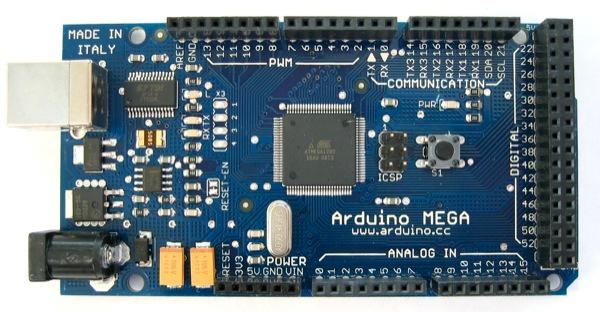 The robot's controlling program runs on the XO laptop, typically TurtleBots, the pallette of blocks is shown below. Control by programs in Lua or Python are also possible.