Naturally, we can teach a Turtle how to write Kharosthi numerals.

The details of this program are on [[Activities/TurtleArt/Tutorials/Numerals/Kharosthi_Numerals_Program|another page]. 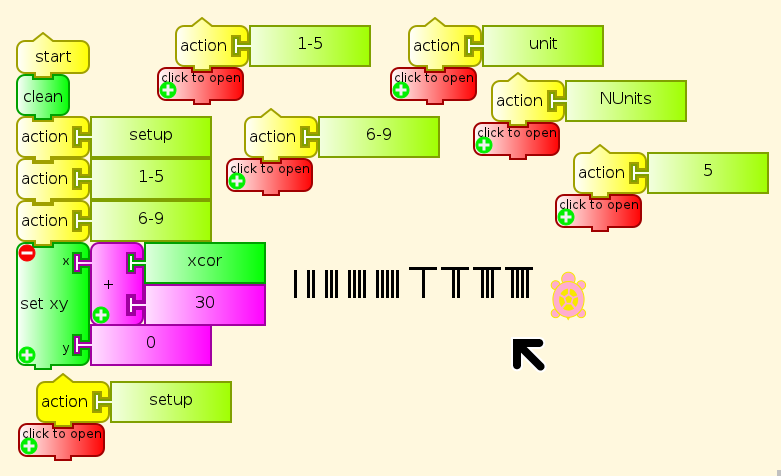