Difference between revisions of "Colour The Part"

Incorporating math and color theory onto a platformer, create a fun and educational activity targeted at 4th grade Math students. The activity uses elements of platform games with obstacles and puzzle solving to teach addition and multiplication of fractions while keeping the player entertained.

This project is a part of the RIT Math4Team Educational initiative.

The game revolves around teaching the players fractional multiplication on multiple levels using pre-generated sets of fractions. The player must navigate and overcome obstacles to reach fractional paint buckets which change their color to match the specified fractions and color present on the bucket. For instance, a 1/6th red paint bucket will be colored 1/6th of the red spectrum and have the fraction 1/6th visible on it. After the player reaches a fractional paint bucket, the color then follows behind the player as a trail painting the background as the player moves. When the player reaches multiple paint buckets the two trails combine to display the final color similar to the proper exit doorway. These elements are required to advance on the level as they also open locks to the exit doorways. Choosing the correct exit doorway by determining the proper Least Common Denominator (LDC) advances the player to the next level, while choosing the wrong doorway resets the level. Wrong exit choices result in an explanation of the user’s mathematical mistake, a time penalty, and a new set of fractions for the level from a pre-generated list. Player’s score is determined by time required to complete the level, selecting a wrong doorway resets the level but the timer continues to count up. Player’s avatar continually bounces and using colors collected from the paint bucket can use special abilities such as enhanced jumps and speed to overcome obstacles and solve puzzles. 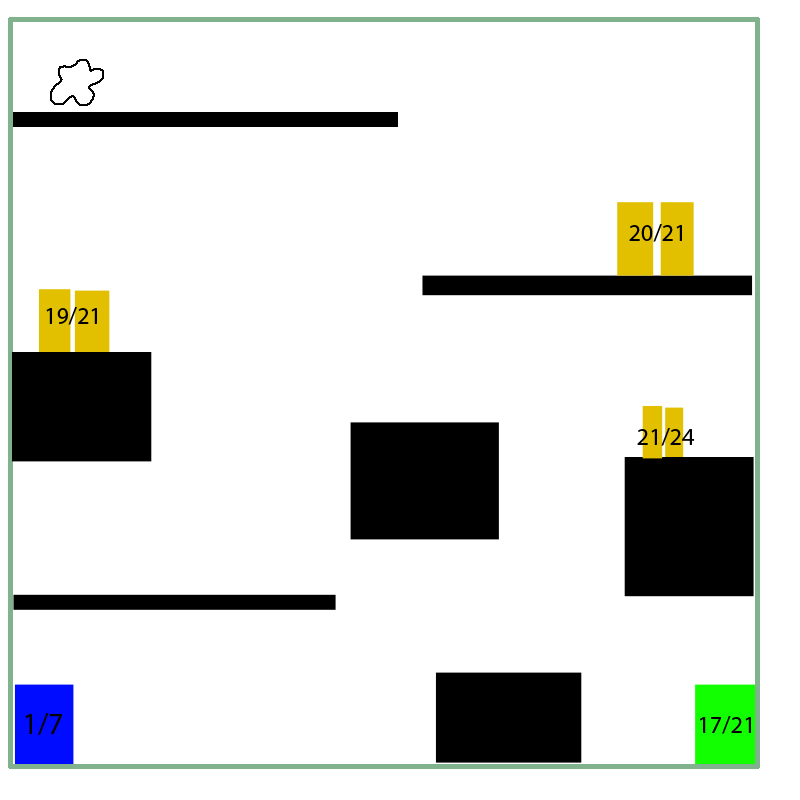 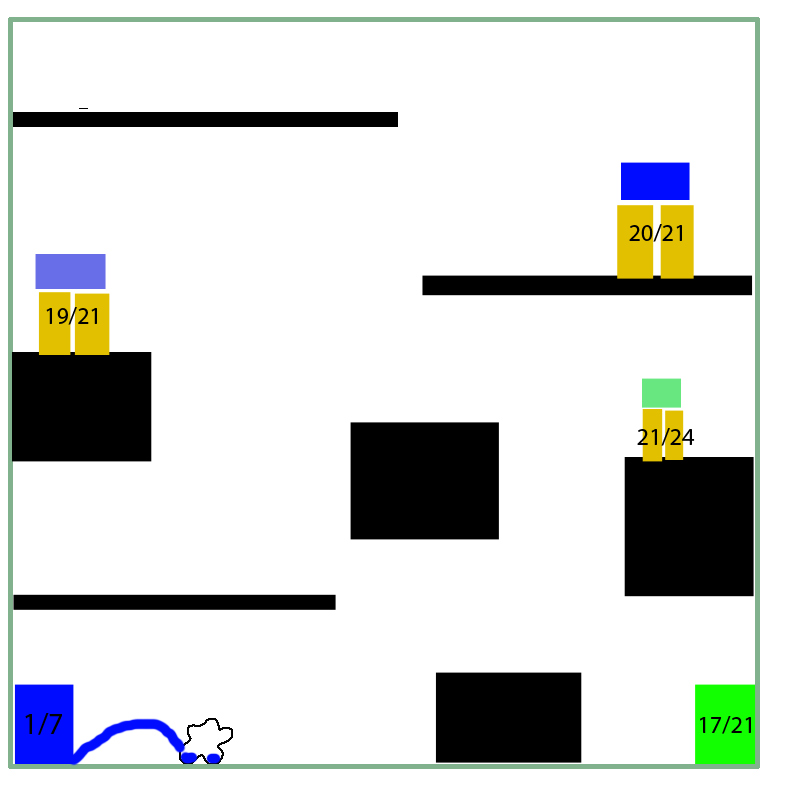 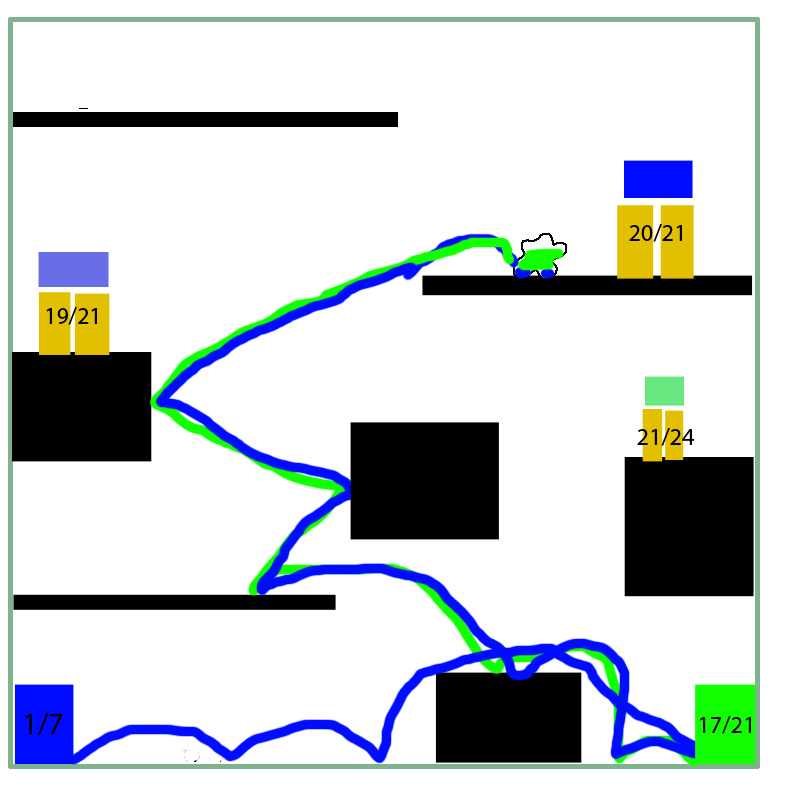 Platformer. Jump around and into different areas. Avoid obstacles.

The project goal is complete the 10 levels by the end of the Fall 2009 quarter. Our project will be made publically available on SugarLabs with a Wiki and goals so that other developers may pick the project up or continue it. Final delivery will be an OLPC activity with documentation, artwork, and source code.