This is an enhancement to the color selector used in the About Me control panel. It enables the user to cycle rather than jump abut randomly through the available color choices. 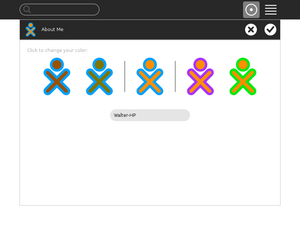 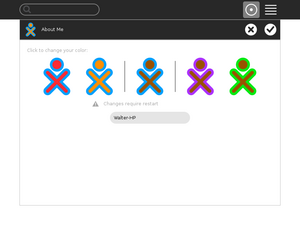 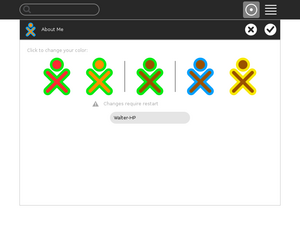 The Sugar color-selector in the "About Me" control panel section has been modified to allow the Sugar user to cycle through different combinations of stroke and fill colors. This replaces the "random" color selector.