Difference between revisions of "Features/Replace combo box in language panel"

The combo box on the language panel is unwieldy. This feature would replace the combo box with a pair of palettes: one for language and one for country. 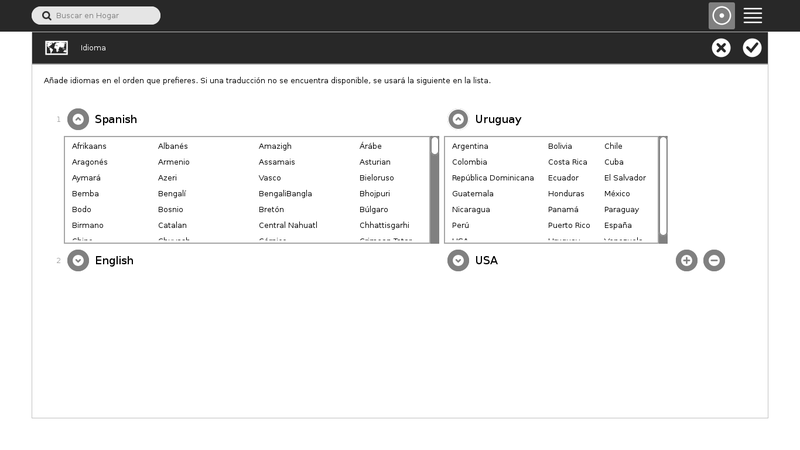 We ship lots of languages and country combos. The combo box on the language panel is unwieldy (and broken on touch -- it will not pop up properly on first touch). This feature would replace the combo box with two palettes (as shown in the figures).

From the palettes, you see more choices w/o needed to scroll. Plus the palettes are much easier to use with touch.

This feature will help us scale to more languages and give better touch support.

The intervention is limited to:

The user will see two buttons and labels displayed instead of a combo box. In the examples illustrated, it means that rather searching through a long list in a combo box >10x the screen height, the user scans 2.5 screens of items.

There is no adverse impact if this feature does not land.