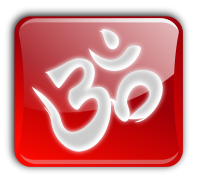 I was involved as a developer and the project leader of LIMAS (“List Manager Assistant”), it is a school project for management and control of students through mobile devices.

The main idea is to boost educational Web Develop.

There are lots of designers-particularly in developing countries-that want to contribute to OLPC. The bad news is that they don't know python. or GTK+. They may not even be familiar with linux. They do know HTML, CSS, Javascript, and Adobe Flash. ... Due to rise of the Internet and related boom in outsourcing, the vast, vast majority of programmers in developing countries are web developers(according to my own grossly unscientific survey). The rise of the Internet has also led a lot of talented graphic designers in developing and developed countries to learn web technologies. ... Unfortunately, there aren't any IDE's that provide WYSIWYG animation editing for DOJO, JQuery, and Processing.js and so on tools. While real programmers use emacs (or vi, joe, sam, etc.), designers use WYSIWYG GUI's. from How to Make Activity Designers Happy , Parts I and II

I propose using web technologies for completely offline activities. Allowing activity designers to quickly build activities utilizing widely-used tools. We need Karma (original idea Bryan Berry) to enable web designers to quickly build activities for the XO without having to learn a whole new skillset. So...I will creat an educational framework (Karma) using html5 + JavaScript, it will handle animation ( through <canvas>), sounds (through <audio>), also client-side i18n (according to browser locale) and general persistence (Gears) at the end we will have a re-usable javascript libraries for lesson plan reader (ideally with plain html rather than a pdf or other proprietary format), navigation and help (ideally reusing widgets from popular javascript libraries like Jquery, Prototype, Mootools or DOJO), etc. this framework will allow web designers to reuse their existing skills and tools.

The objetive is to provide a single prototype activity which could be used as a template for sugarizing AJAX activities. I will recreate an existing activity such as one of OLE Nepal's flash activities.

I am planning to use

I'm really motivated, I have the necesary time and I've good programming skills.

My main programming language is C/C++, using it I have developed:

among others minor porjects. However, the effectiveness of Phyton has led me to explore it, I've done some little experiments using it.

I've a lot of experience using flash, i.e. some projects:

So, one good question is what am I changing sides? (why no using flash) I have been talking with Bryan Berry [1] and I have read several threads in the mailing list. Bryan has convinced me that open web technologies are the correct way in order to get an open-source ecosystem.

So... it seems that my experience with flash is not useful, well.. Flash uses Action Script that is really similar to Java Script (both are basend on ECMAScript). About web technologies I've used PHP (i.e. implementing BEA algorithm), html and css in school projects.

Other good question is: how are you in linux?, being honest I used both (linux and windows), I have done school work, projects and also I have used Gnash :)

I will make activity designers happy :) so, it will expand the range of activities and it will increase the number of Sugar programmers. You would be able to "view source" for any activity developed with Karma. Copy it - improve it - test it - release it!

I have been talking with Gabriel Gerónimo Castillo [4] he's the leader and founder of "Sakua'an Sasiki - Club de niños Edumóvil" [5] at my university. The main idea of this club is to bring technology to children in areas of scarce resources, they give classes to children with linux games that we develop here.
He would love to work with us running the Sugar pilot group. He will support us with the facilities and staff if necessary.

My first modification to the development environment.

Adobe flash is currently the standard the creating interactive educational activities for the web. I strongly believe that a healthy open-source ecosystem will never develop around the flash platform for a number of reasons. Primarily because the Adobe run-time itself is proprietary and because flash programs are distributed in binary format. There are a lot more open-source projects working on extending the javascript API on linux than those extending the Flash API. The technologies of the OpenWeb -- html, css, and javascript -- have brought tremendous innovation to the wider Internet and real value to everyday people. I feel the same can be true for education if we apply the technologies of the OpenWeb to this problem space. My humble intent is to create a simple learning activity that shows OpenWeb technologies can be used in place of Adobe Flash.