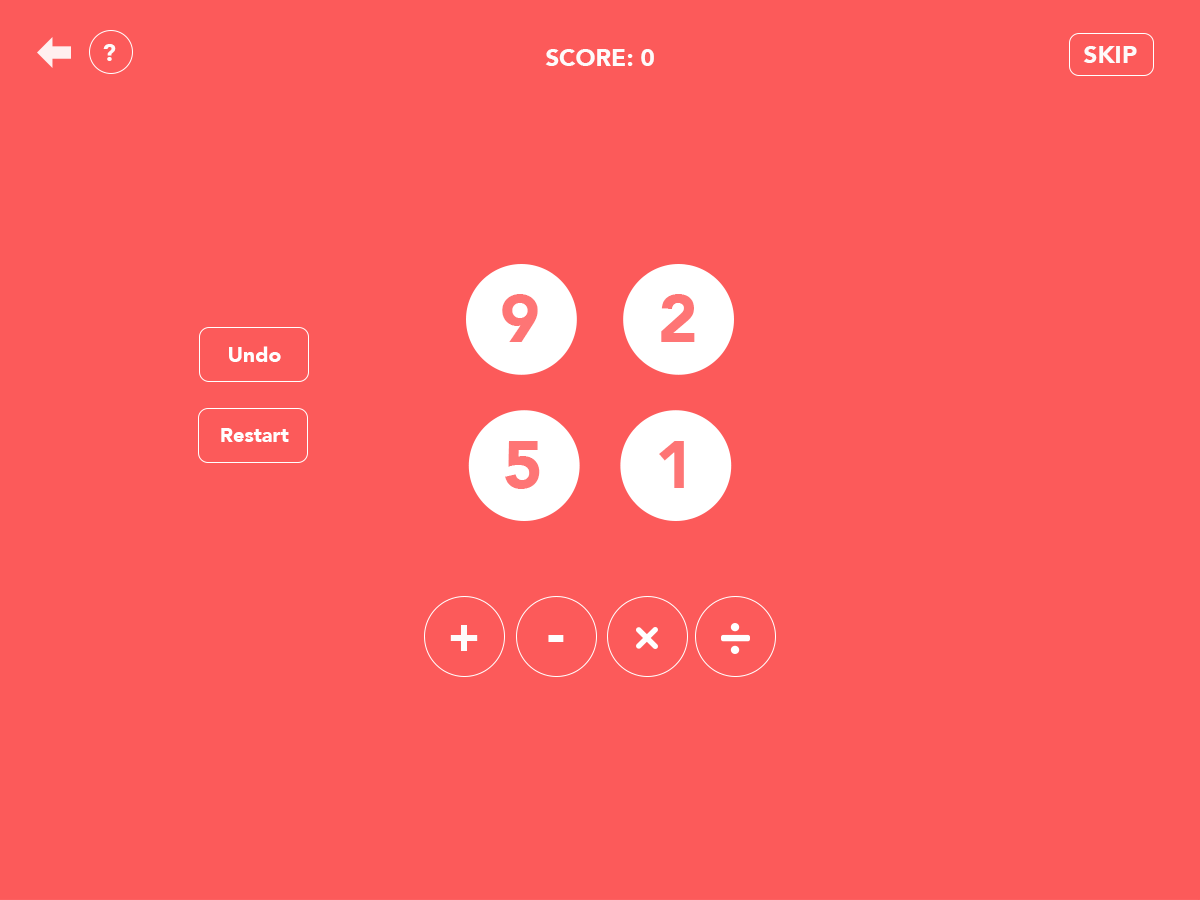 Get24 is an educational game intended for the OLPC that is designed to help teach fourth-grade students basic arithmetic and problem solving skills.

The main features of the game are currently being developed and fleshed out before we can package it for use in the OLPC's.

Get24 is an educational game intended for the OLPC created with the purpose of teaching children basic arithmetic and problem solving skills as defined by the New York State Math curriculum. In the game, users are given four numbers and must use those numbers and basic math operations to get 24, and each number can only be used once. The game is based off of the classic competitive math game, 24

As of now, when users derive at 24 using the current set of numbers, they will gain a point to their score for their success and a new set of numbers are generated. They are also given a chance to skip the problem but will not earn any points. Adding a difficulty to each set and sorting them by levels is a feature that we plan on adding to creating a more structured experience to it.

No releases at the moment.

Get24 is licensed under the GPL v2 license, found here.