Mac support of a sort

Even with XOs readily available now there are quite a lot of reasons why one would want to emulate it on another machine. One being to hook up a projector. Unfortunately there are quite a number of hoops (*) one has to jump through to make it work.

Anyway, I made a virtual machine that allows me to emulate the XO on my Mac, running Sugar in the XO's native 1200x900 resolution, scaled down to a nice physical size in a window an my regular screen (fullscreen works too). Sound works (even Tam Tam), Browse works (so networking is good, although I don't see anyone in the neighborhood). Camera and mic are not working (Measure crashes, Record shows blank picture), and a "Sugar restart" does not actually restart Sugar, but apart from that it seems fully functional, and much nicer than the emulations I had used to date.

These are live-sized screenshots (calibrated using the Ruler activity): 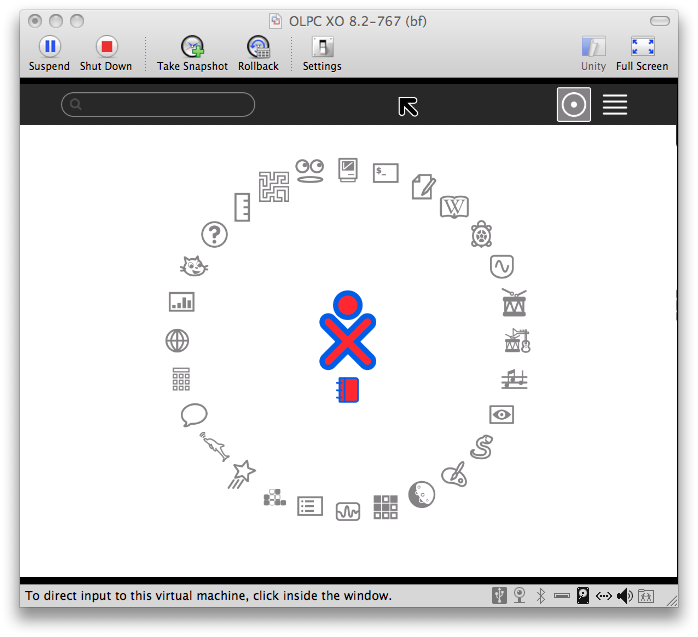 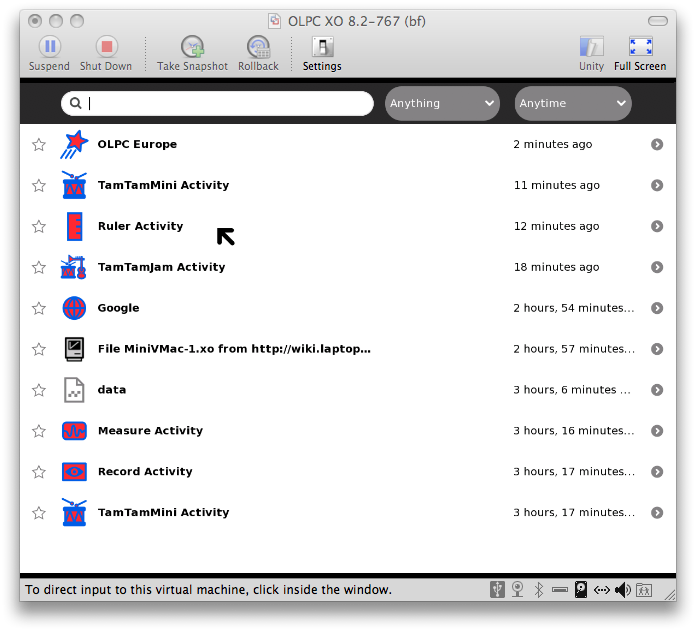 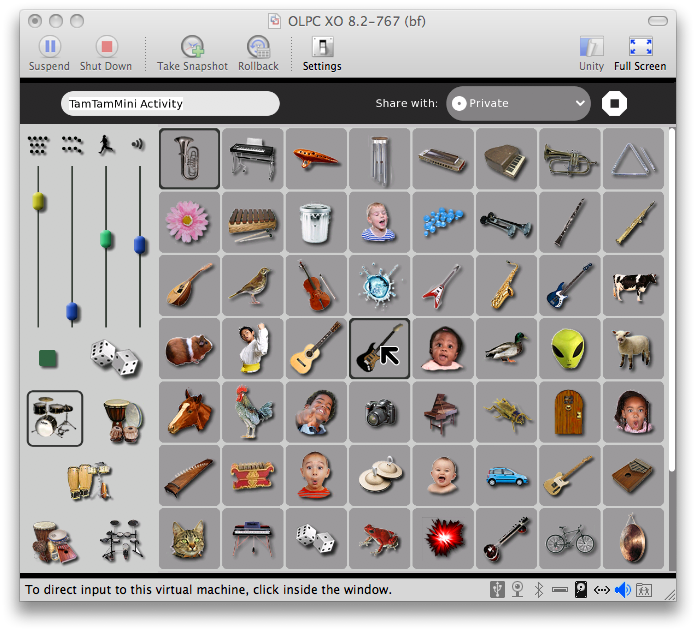 This is for VMWare Fusion on the Mac, which I found to be much better at running Linux clients than Parallels (I had been using that for 2 years). Give it a try, it's free as in beer for 30 days. No I don't get paid if you buy it.

If you extract the disk image from the zip file it might work in VMWare on Windows. Maybe someone can make an appliance from that.

Now to the hoops:

(the fedora kernel wants to use LVM otherwise)

(to get the X driver)
(but none of the kernel modules, would need make/gcc/etc.)

(to restore the default sw environment)

(looks really nice so scaled down)

(took a long time, maybe it's my DSL)

(to remove my personal data)

And maybe remove some of the obstacles in future releases (a disk image with headroom and a standard kernel would be simple to do and go a long way).