From Sugar Labs
< 0.84
Jump to navigation Jump to search

This week's official release picture shows one new feature and one bug fix! Let's see if you can find both. Please send the correct answer to sugar-devel AT sugarlabs DOT org. 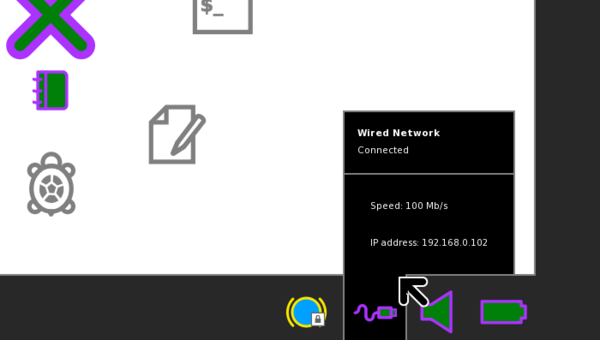 This is our third Development Release in the 0.84 cycle. Besides all the great bug fixing that has been going into this release we want to highlight some interesting changes.

First of all, big up to the translation team and their fearless leader Sayamindu for their steady ongoing work to make Sugar a localized environment! Thanks to the maintainers for honouring this with new releases.

Another important role during this release played the infrastructure team. Since we moved the git repositories to be at http://git.sugarlabs.org and changed downloads to be hosted at http://download.sugarlabs.org there was a lot of work to do. Thanks to Bernie, Ivan and Lance Albertson of OSL.

Tomeu with the help of Collabora and especially Guillaume landed the first batch of patches that bring file transfer to the journal. Though more or less working, it does still need a lot of love and polishing.

Benjamin and Marco worked together to fix the palette highlighting on tray icons. Many might have wondered for month already why the highlighting when hovering over the device icons was not working right - now it is fixed. Marco fixed as well another palette drawing issue.

Simon added support for wired network devices. When connected to a wired network the icon will show up in the devices frame. Network Manager supports multiple active devices to ensure that you always have connectivity, try it out and connect your wireless and wired device.

Daniel brought Read back with a rebase of sugar-evince and incredible Walter could not stop coding and brought us a new version of turtleart with image caching. Morgan updated Chat to follow the API and fixed a possible crasher.

Kushal is working hard to make the Jukebox activity our default media playback activity, he added object picker support, so that when you open read directly prompts you with a dialoge to choose a file you want to play.

We want to finish this announcement with the first release of Etoys 4.0. The major version jump signifies the end of their two-year relicensing effort. Now we are looking forward to see etoys packaged for distributions like Fedora that the Sugar users can enjoy that great educational environment there as well. Big Thanks to the Squeak community and Etoys developers!

Thanks everyone for the great contributions!

When you upgrade a computer running an earlier version,

If you later downgrade from Sucrose 0.83.x to an earlier version,

Most of the activities in Sucrose 0.83.x should be compatible with Sucrose 0.82 , the version shipped with XO Software Release 8.2.0. An exception is Browse, which depends on new versions of XULRunner and Hulahop. Read likewise may soon depend on a new version of Evince