The idea of the site is so people (think kids) can download .xo files -- the .xo's should be tested on build 767 before being uploaded (or they should be put in the sandbox). Kids shouldn't download software that will not work for them - period.

Not sure if Library Bundles should be added. LanguagesPacks have been decided are a bad idea and they shouldn't be added in a.sl.o.

If someone else has ideas on what other things (like books) could be added and how it would fit in the design, add it here. 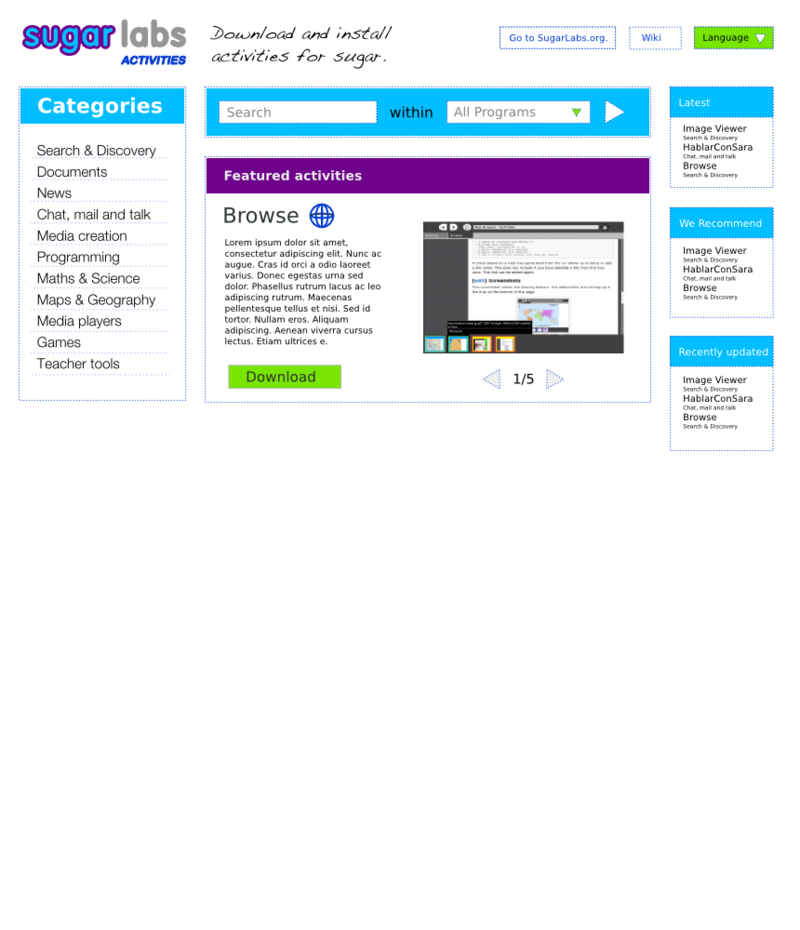 Yet another mockup mockup 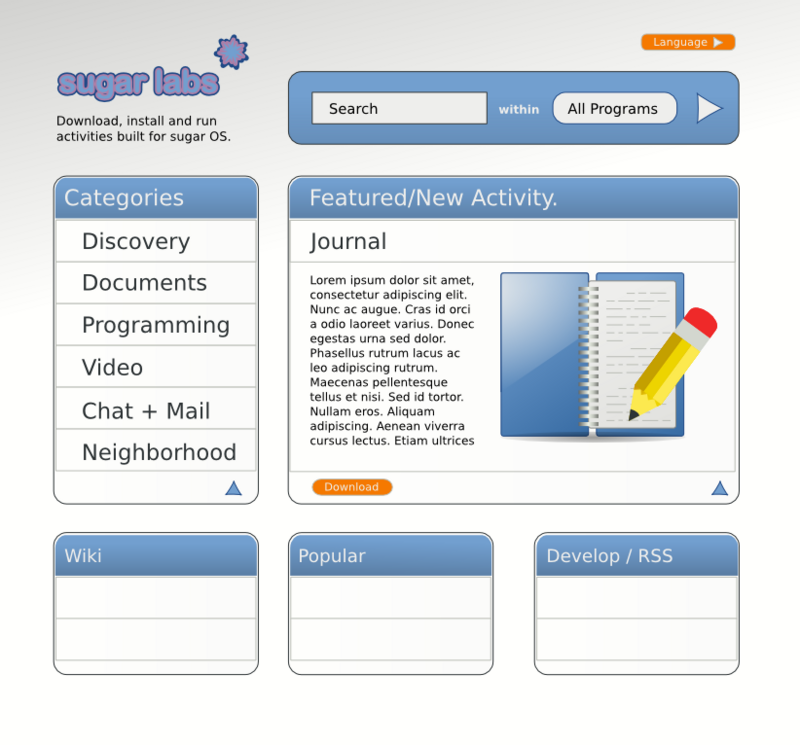 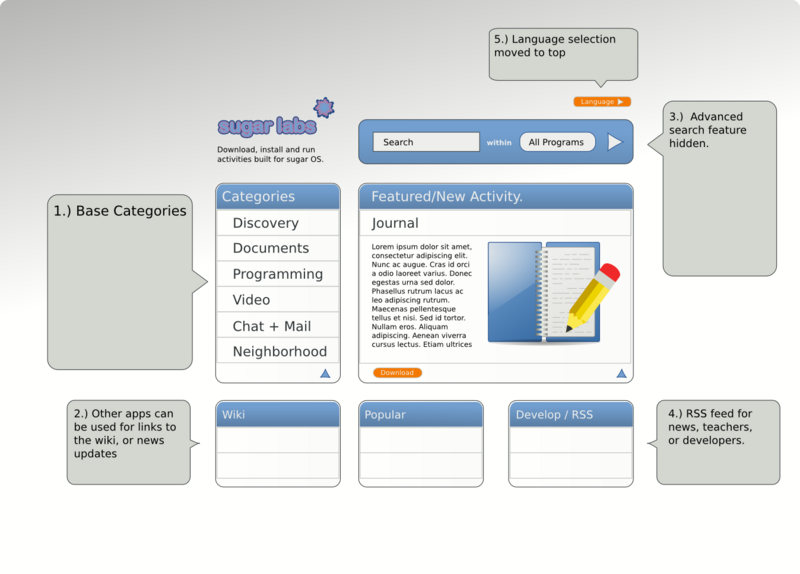 Josh's mockup with his comments 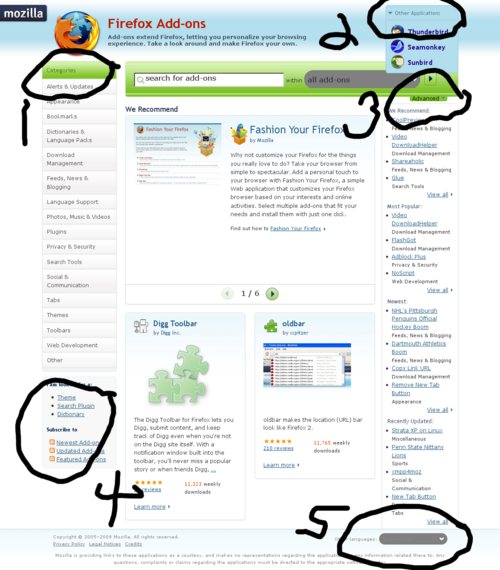 a screenshot from addons.mozilla.com - used for reference

2) the "Other Applications" menu I'm not sure if we can use this or not.

3) Advanced This should be taken out. The idea was so that people can seach application's addons (extensions for Sunbird containing string "foo". Since this paradigm doesn't fit into what we are doing, It should be taken out via css hiding the div

4) RSS Kids don't use RSS feeds and I think that this is too much. Can we add something else there?

5) Languages We should focus on translations for languages that have deployments and want to have the kids exposed to a.sl.o -- some deployments may have a very strict policy about what gets downloaded on the laptops and what doesn't.

Also, kids should be able to access the a.sl.o site and see the interface in their own language - by default.