This mockup describes how a collab.sugarlabs.org site could behave, and does not correlate with possible implementations. Particular implementations could be varied, reusing existing infrastructure like wiki/trac/launchpad, using existing groupware web-based software, or creating project from scratch. The site could also be lightweight, and only contain groupware components and links to other resources like the wiki or trac.

All purposes mentioned below could be implemented fully or partially on collab.sugarlabs.org.

The major workflow for collab.sugarlabs.org.

Coordinators are appointed to filter all incoming requests to:

Every request has one or several means of participation:

Contributors workflows could be: 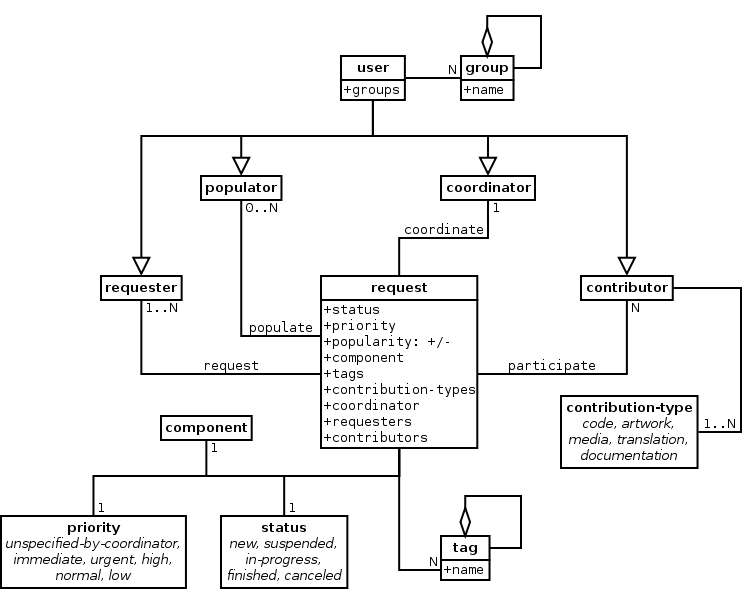