From Sugar Labs
< User:Homunq
Jump to navigation Jump to search

(note: the mockups below all have the same set of activities in the ring. Imagine that this set is changing appropriately.)

(I'm not satisfied with the "superimposed over xo icon" idea; it would probably be better to replace the center icon completely. But then the default view would have a star in the center, which is not as good for branding.) 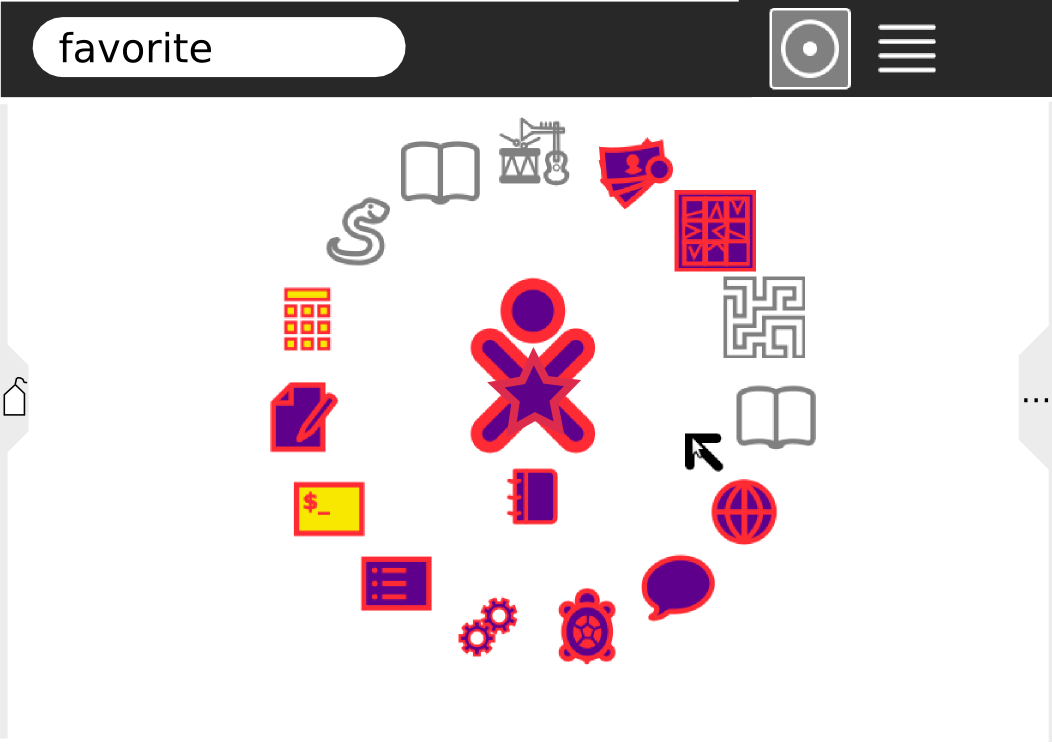 A pane on the left would have iconic shortcuts to some common filters, including favorite, recent, mine, and tags. 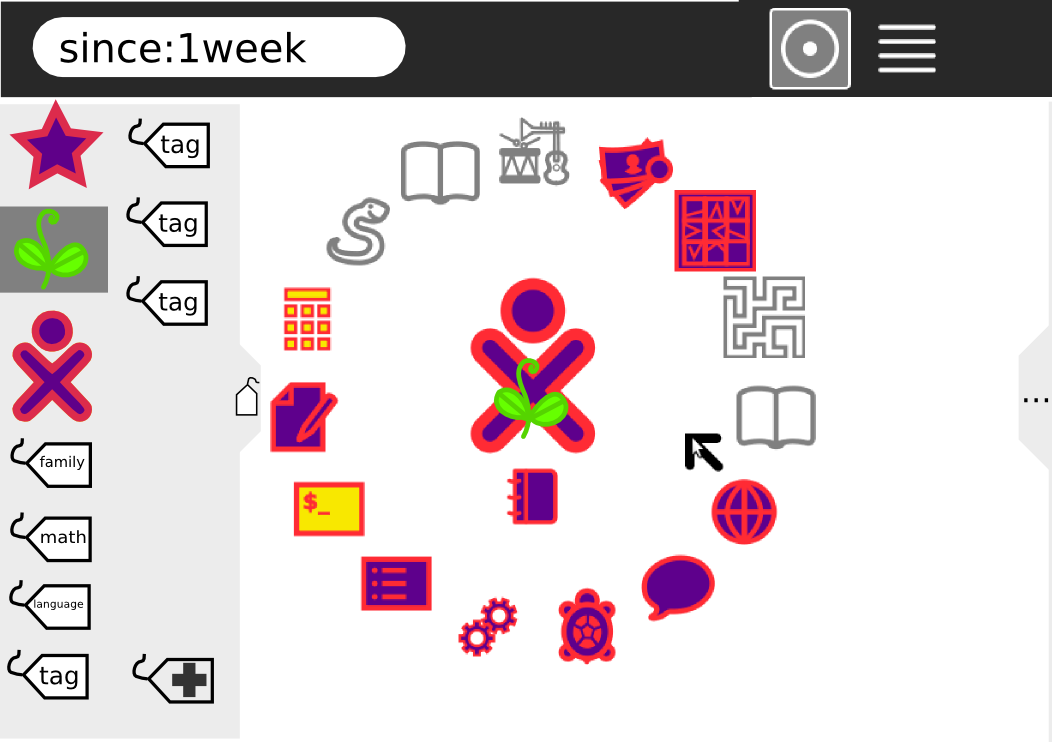 Tags could be assigned by dragging to this panel. Tags would appear automatically in this pane when they grouped enough activities/instances, and would be ordered by size. An create-new-tag icon would be included.

A pane on the right would show all activities. It could include a horizontal scrollbar (not shown.) Dragging between the ring and that pane would assign/remove the currently filtered tag. The menu for activities on the right would include "start" (tagless, new instance, default) and "start with current tag" (new instance) as well as including existing instances (ideally, draggable from the menu for tag assignment, though this is of course hard).

If the current filter had an excessive number of activities OR 0 activities, the ring would include a ... icon and the right pane would open by default. In the first case, the additional activities that fit in the filter but not in the ring would be on the left side of a divider, all other activities on the right. 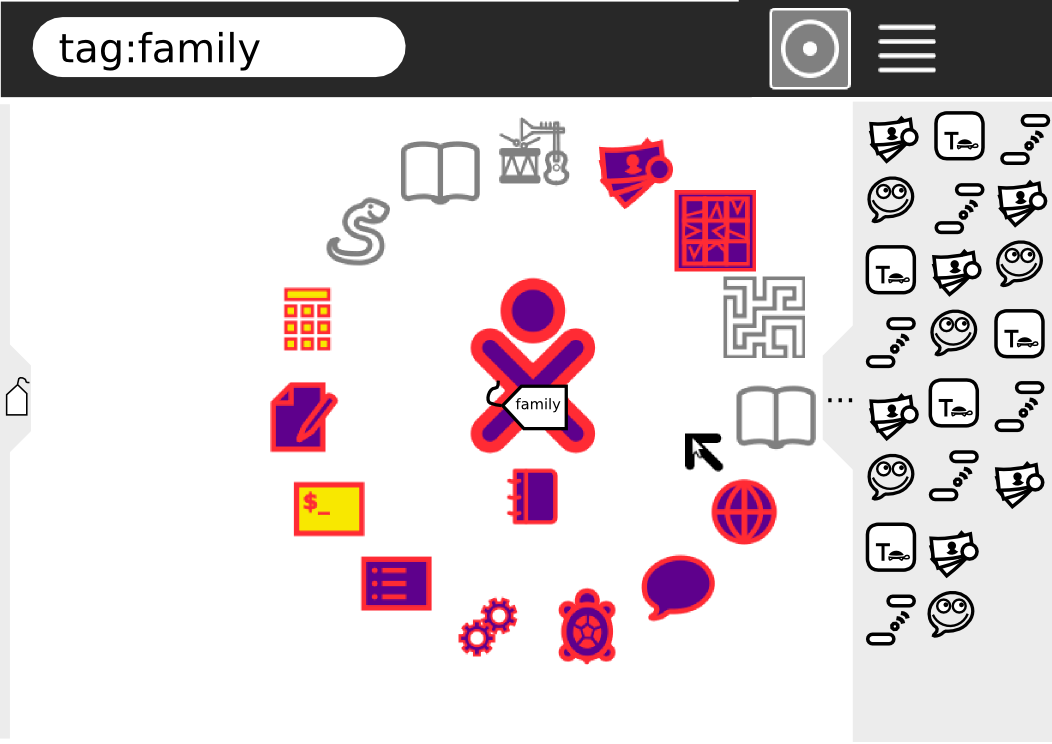 Not shown in mockups