From Sugar Labs
< 0.84
Jump to navigation Jump to search

The Image Viewer activity is a simple and fast image viewer tool. It has features one would expect of a standard image viewer, like zoom, rotate, etc. 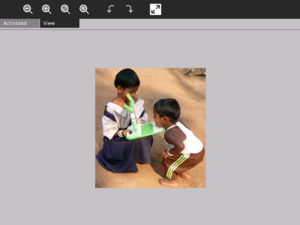 This is an entirely new activity developed during the 0.84 release cycle. It takes place of Browse as the default image viewer for Sugar. Currently it supports the following operations/features:

Imageviewer is translated (fully or partially) into the following languages (listed alphabetically):