1. I was on a flight from Miami to Boston with Reuben Caron last night during which we discussed the hot-button topic of Flash games. Reuben was on his way back from a deployment that was heavy into Flash and was looking for a way to wean itself from a dependency on deprecated software that was both opaque and power hungry. Having just finished porting a Flash game to Sugar--it really is not so difficult--I suggested that we encourage the deployment to Sugarize their Flash assets. So we took a quick scan through their library and chose a reflective-symmetry game as a place to start. Two hours later, we had Reflection running in Sugar. Version 2, which I wrote on the train into Cambridge this morning includes collaboration and a mode of symmetry not available in the original Flash game. (At the urging of Sandra Thaxter, I have added a backstory with a blow-by-blow description of the porting process.) 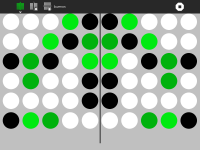 Ultimately, it comes down to sustainability. It is my opinion that deployments are capable of building capacity and writing simple Sugar activities that they can tailor to their needs, and this is a skill that pays off in the short term--no need to sustain Flash--and the long term--they learn to build tools to solve problems.

2. I've been busy this week with some other programming tasks as well: enhancing Measure and Turtle Art to take advantage of stereo input: both analog audio and DC resistance modes. As a result, you can now attach multiple sensors to the microphone input of an XO 1.5 and read two channels of data. I wrote a simple Turtle Art program to paint using a photo-resistor and a mechanical switch. Try doing that in Flash!!

4. Aleksey Lim has gotten multilingual chat working again on the Sugar IRC channels (Well, just bilinugual for the moment: Spanish and English). Instructions on how to use the service are found here. Translation is provided by the Apertium project. The project accepts contributions to their translation system--those of you who are bilingual should please try to help.

Gary Martin has generated SOMs from the past few weeks of discussion on the IAEP mailing list: