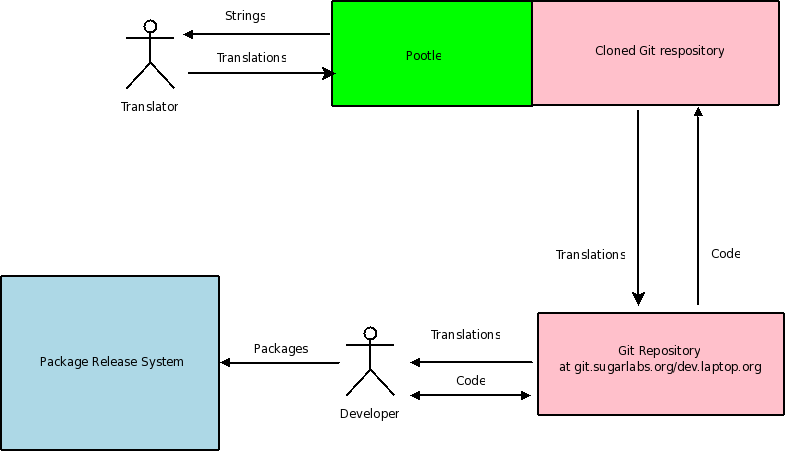 The current localization workflow mainly deals with translation of the software user interface (for example, the UI of an activity like Browse, or the Sugar Control Panel). We are working on getting content (wiki, website, educational material) integrated into our workflow - please see the Challenges section below.

The goals of localization are

At the translator's side

At the developer's side