The Recall Activity is a series of four memory games, each of increasing difficulty. 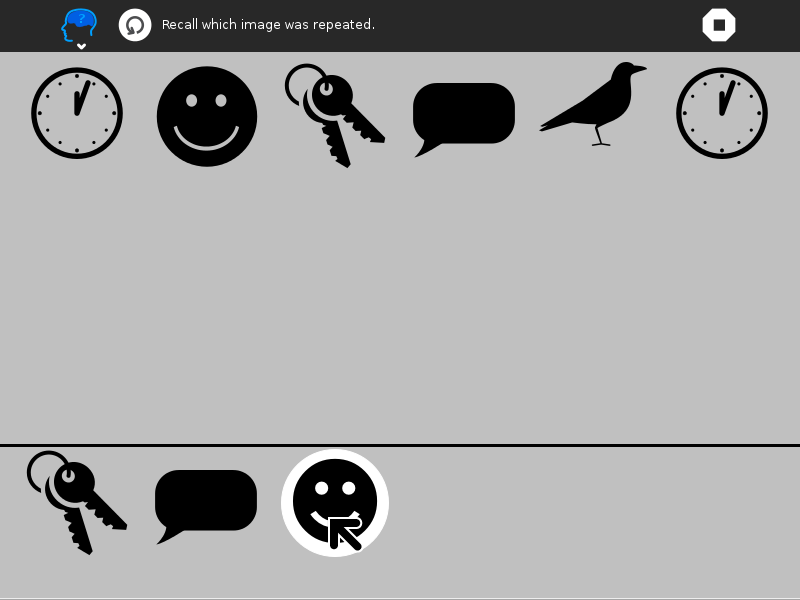 Where to get Recall

The Story activity is soon to be available for download from the Sugar Activity Library: Recall

The source code is available on github.

Simply launch the activity and the games will begin.

Each game has six levels of difficultly. As you complete a level – by getting four correct answers in a row – you automatically advance to the next level.

The first game prompts the learner to observe which images are repeated in the grid. It starts easy, with just three images, but as more images are added, it becomes more challenging. 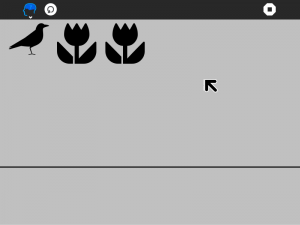 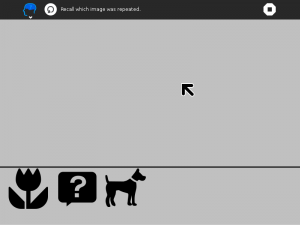 The second game prompts the user to identify the image which had not appeared in the grid. Again, it starts easy, with just three images to remember, but gets very challenging as the number of images increases.

The third game (an "n-back"-style game) shows images in sequence and prompts the learner to recall which image came earlier. First is asked for the image that was present just previously; then two-previously,... up to six previously. 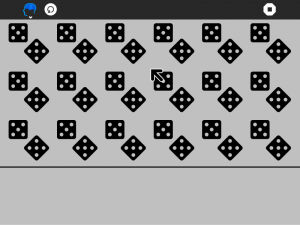 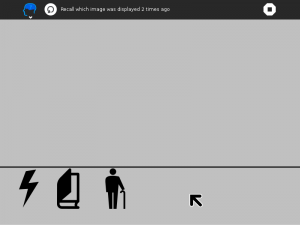 A fourth game is similar to Game 2, except the images are in color. 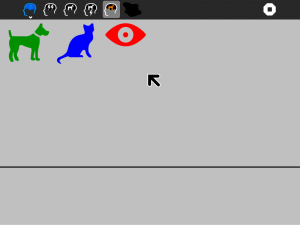 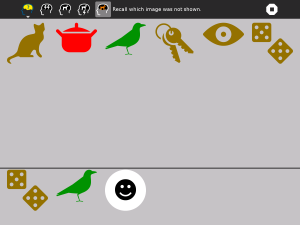 Recall is a fun way to practice observation, attention, and memory skills. Two types of games are available: attentional retraining and n-back.

Games 1, 2, and 4 are variants of "attentional retraining". The task is to observe randomly presented symbols and subsequently recall some difference, such as a repeated symbol (Game 1) or a newly introduced symbol (Games 2 and 4). It is theorized that cognitive retraining can generalize to attentional processes employed in every-day life ([1]).

Game 3 is an n-back game. "Games based on N-back tests require players to remember the location of a symbol or the sound of a particular letter presented just before (1-back), the time before last (2-back), the time before that (3-back) and so on. Some researchers say that playing games like this may actually make us smarter." ([2]).

Your suggestions for enhancements and/or use cases...

Where to report problems

You can soon report bugs and make feature requests on our bug-tracking system (You need to create an account first). To list all open tickets of Recall you can use query component=Recall. You are also welcome to leave comments/suggestions on the Talk:Activities/Recall page.

Most of the images are from the The Noun Project.