This is an enhancement to the Control Panel that enables the selection of resistive or capacitative mode for the Touchpad on the OLPC XO-1 CL1 laptop.

This feature is being tracked in Ticket 2006.

After further consideration, it was decided to move this feature to the device section of the Frame.

The new device code (and related artwork) are attached to Ticket 2006.

It was also decided to default to capacitive mode upon reboot (See http://lists.sugarlabs.org/archive/sugar-devel/2010-August/025955.html). 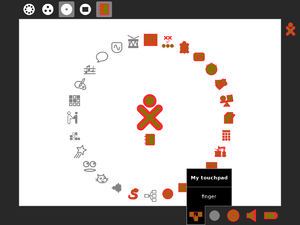 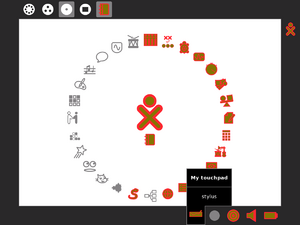 There are approximately 1000000 XO-1 CL1 deployed. Many have very flaky capacitive touchpads, which makes the Sugar experience very tedious. This patch would enable users to switch to the resistive touchpad and in theory have a better experience. (Tests are being conducted in Peru, Paraguay, and Nigeria.)

To implement this feature:

We still need a script to be added to olpc-utils that is executed at boot time to: (1) change the mode of /sys/devices/platform/i8042/serio1/ptmode to 666; and (2) write a 1 to that node if a flag file exists ("/home/olpc/.olpc-pentablet-mode").

I'm not sure how to make this easier.

Anyone who has used Sugar in a high-humidity or dust environment on the CL1 hardware has probably experienced the jumping cursor due to the malfunctioning capacitive touchpad. Using a stylus is a different experience, but more predictable and robust in these situations.

Note that the section only will appear on CL1 hardware. There is no change to user experience with Sugar on other hardware platforms, including the more recent versions of the XO-1.0. 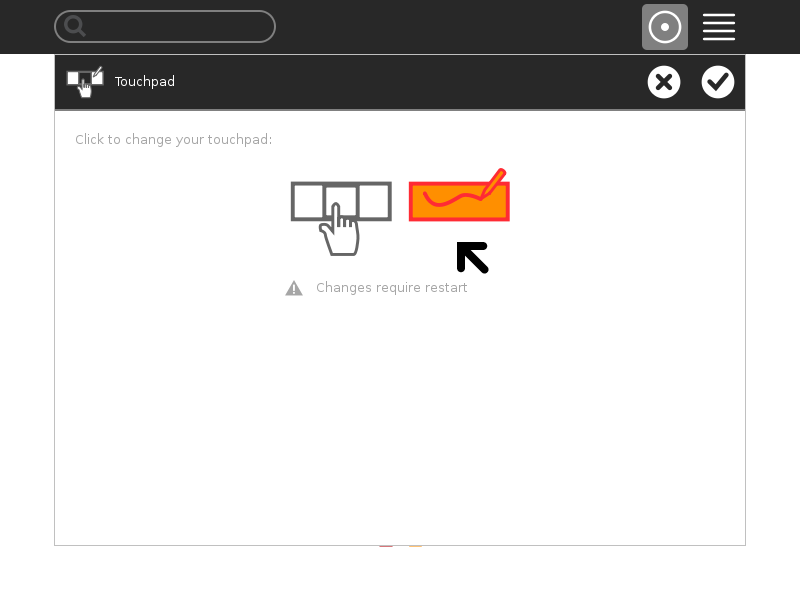